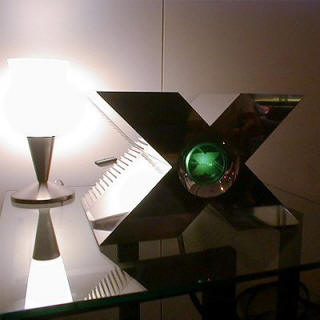 It’s a given. It’s a sure thing. It’s bound to happen and yet we have not heard much from the likes of Sony and Microsoft about their next-generation consoles that are being developed. One GM on the Microsoft side has recently let the words “new Xbox” slip from his mouth. Perhaps not actually referring to an actual physical console, but new features on the Xbox 360 itself, the words have sparked a barrage of reports across various news outlets.

I for one am ready for the next iteration of consoles. It’s been far too long and new releases aren’t as exciting as they once were back in 2005. That’s my personal opinion. The sooner the better is what I say. Out with the old and in with the new.

I also don’t have high hopes for where all this is heading. I don’t care for the social aspect of Xbox live gaming nor the extreme infatuation with FPS games. It’s played out and I’m hoping that next generation, a different genre of games takes the throne.

Let’s just hope that whatever takes over is not going to be like those shallow dollar apps. I don’t believe we need an App Store clone but it’s all about the money ladies and gentlemen. I’ve had enough of same old same old but the new does not look to be that bright either. I hope I’m wrong.

Forecasters are predicting that the new Xbox is gonna be revealed at E3 2013 and more hints may come around the release of Windows 8 & the new Windows Phone 8.

Microsoft Drops A Hint About ‘The New Xbox’ [Forbes]